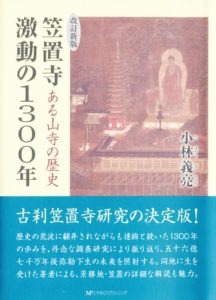 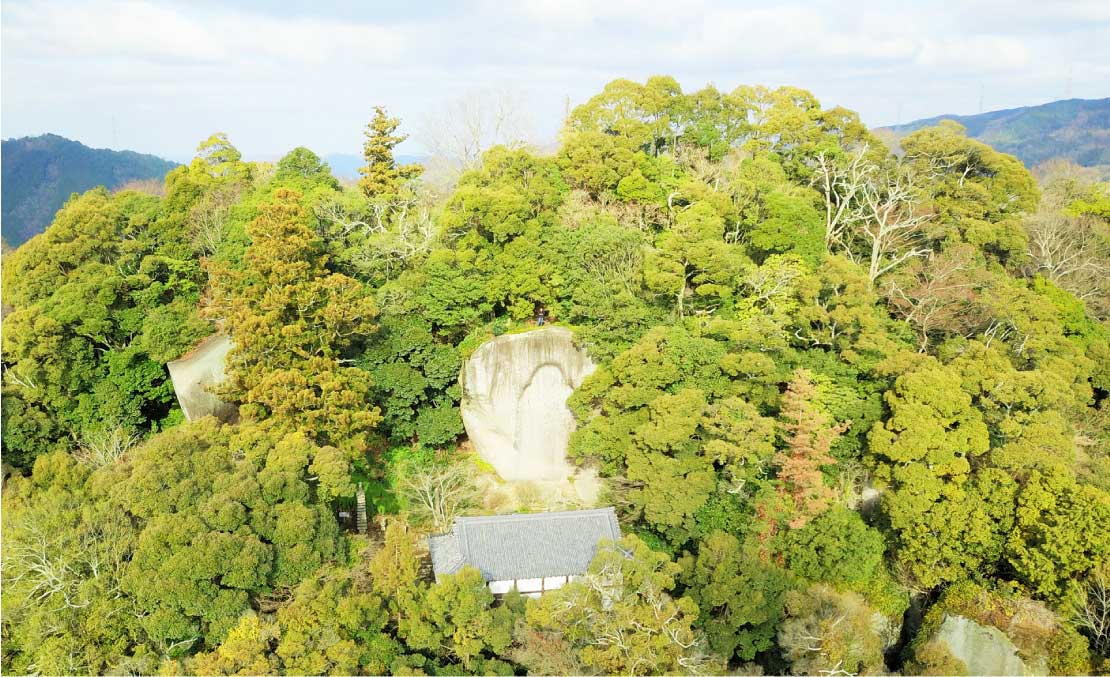 The short history of Kasagi Dera ( Kasagi Temple )
Kasagi Dera has a long history. About 2000 years ago,the big rocks of Kasagi Yama ( Mt. Kasagi )were regarded as religious symbols by the people. Years ago, a part of a Yuhi-style stone sword was found in front of one of the big rocks. This paticular kind of stone sword presumed to have been used in the Yayoi Period.
About 1300 years ago, people gradually settled in the Kasagi Yama area. In the years that followed, Jiichu Wajou ( Priest Jiichu ) of Toudaiji Temple and his master Ryouben Soujou ( Great Priest Ryouben ) carved the images of Buddha on the face of the big rocks. Kasagi Yama became very famous as the heart of learning Buddhism.
During the Heian Period, after Eisho 7 ( the 7th year of Eisho, in 1052), Mappo Shisou ( the concept of Mappo ) spread all over Japan. Mappo Shisou is one of the Buddhist theories:2000 years after the death of Buddha, everything in the world will become worse and worse. The people of that time thought that the Mappo Period would begin in 1052. And the images of Buddha on the big rock in Kasagi Yama ( these images of Buddha are called Magaibutsu ) became the symbol of Buddhism among the people. At that time,these images were thoght to have been carved by God. Kasagi Yama became the place for spiritual training.
During the Kamakura Period, in Kenkyu 2 ( the 2nd year of Kenkyu, in 1191 ), Fujiwara Joukei ( later he was called Gedatsu Shounin ) launched a campaign to change of practicing Buddhism at Kasagi Dera. This was the most glorious time for Kasagi Dera in its history. Henceforth, Kasagi Yama became the important site of the campaign and became very popular among the people.
On August 27th in Genkou 1 ( the 1st year of Genkou, in 1331 ), Emperor Go Daigo, who attempted to usurp power from the Kamakura shougunate but failed, escaped into Kasagi Dera. For about a month, these was a battle between Emperor Go Daigo and the Kamakura shougunate. At the end, Emperor Go Daigo lost and retreated to Yoshino Yama. Only the burnt ruins of Kasagi Dera remained.
During the Muromachi Period, Kasagi Dera recovered a little, but in the middle of the Edo Period, it gradually deteriorated and at the beginning of the Meiji Period, no one lived in Kasagi Dera.
In Meiji 9 ( the 9th year of Meiji, in 1876 ), Jouei Wajou (Prist Wajou ) began to live in Kasagi Dera. He tried to rebuild the temple. After 20 years, his efforts fulfilled, Kasagi Dera was restored at last.